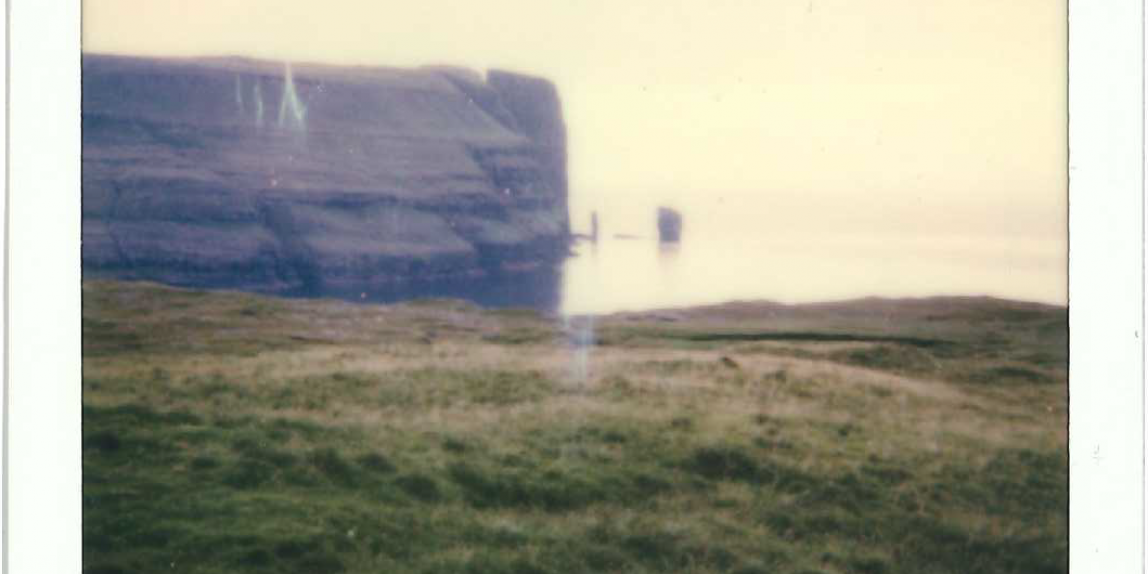 Legend says that two trolls came over from Iceland to steal the Faroe Islands one night. They planned to bring them back to Iceland. The giant and the witch tried to pull the islands away, but it was way harder than they thought. They struggled all night but did not manage to put the island on the giants back. They lost track of time and did not notice that the sun began to rise.

Trolls turn into stone when they meet the sunlight – and that is exactly what happened to the two thiefs. They were hit by rays of sunlight and turned into stone immediately. They remained in that spot ever since.

Tip: You can view Risin and Kellingin if you walk north of Eiði and then turn east towards the coast and follow the cliffs for a little while (this is where this picture was taken). The other option is two stop at the beach of Tjørnuvik on the island Steym. If the weather is good enough you have a beautiful view of the two stacks!

The name Risin og Kellingin means The Giant and the Witch (or Hag) and relates to an old legend about their origins. The Giant (Risin) is the 71m stack further from the coast, and the witch (Kellingin) is the 68m pointed stack nearer land, standing with her legs apart.